Walk Softly. Carry a 50 ft. wARior in your pocket.

Have you ever wanted to control a large robot? I mean a REALLY LARGE ROBOT? How about one that can fire missiles and fly through the sky? Droid Combat is an augmented-reality game for mobile devices that allows you to create your very own 50 ft. “mech” and customize it with a wide variety of weaponry and armor. The object of the game is simple: engage your opponents in aerial combat and blow them out of the sky before they do the same to you. With each battle won, you accumulate “nodes” which enable you to purchase upgrades for your mechs such as heat-seeking missiles or stronger armor. You can also scan your surrounding area for weapons and armor, as well as opponents who are looking for a fight. Once you’ve found an opponent – or if someone has found you – the battle is on.

I was tasked with creating the look-and-feel of the games in many different sections such as the scavenge mode, armory, battle stats and FAQ section. Along with these sections, I created the weapon and armor icons that were used in the armory section, as well as many of the menus and navigation items. Once all of the section designs were complete, the next step was to create a promotional campaign that would generate heavy interest in the game. This included the Twitter, Facebook, Tumblr pages as well as unique landing pages for Verizon Wireless. I also had the opportunity to create the endframe that was to be featured in the broadcast trailer. 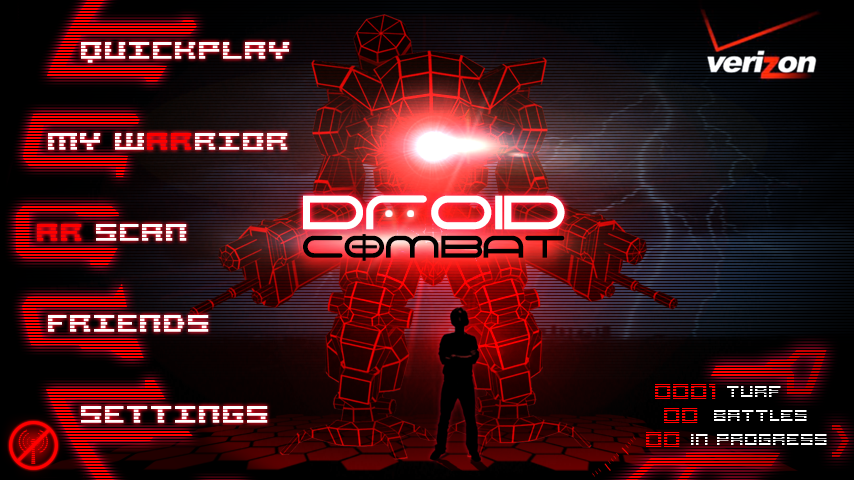 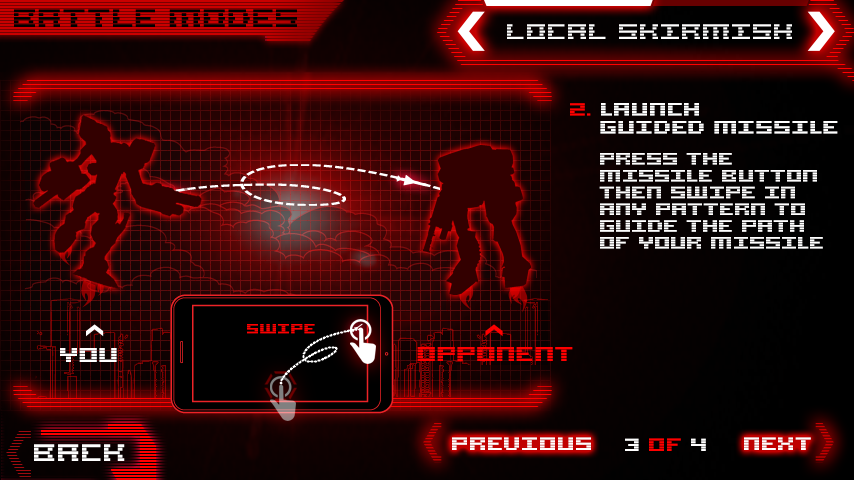 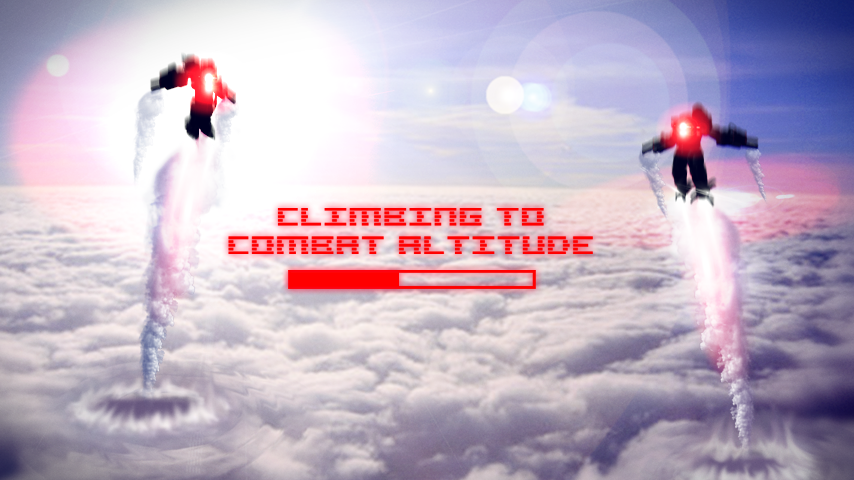 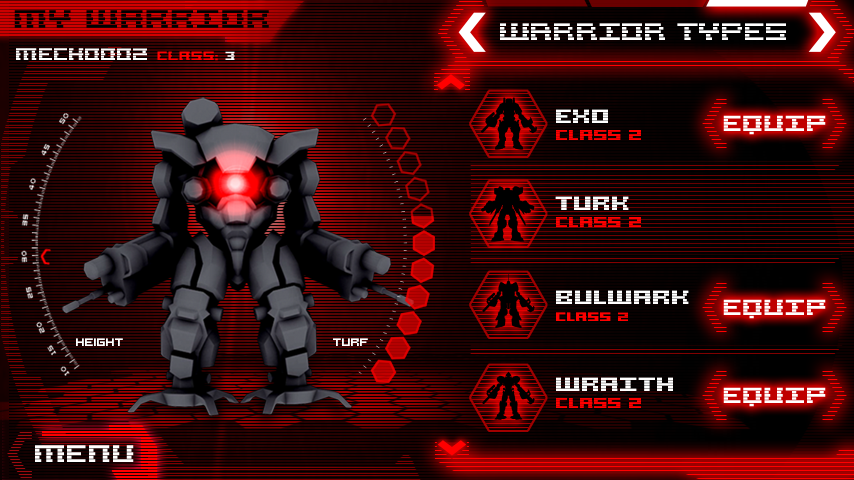 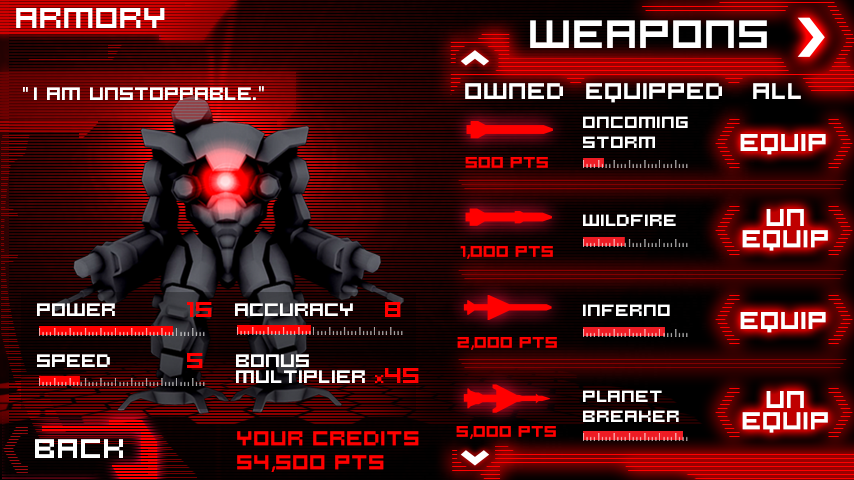 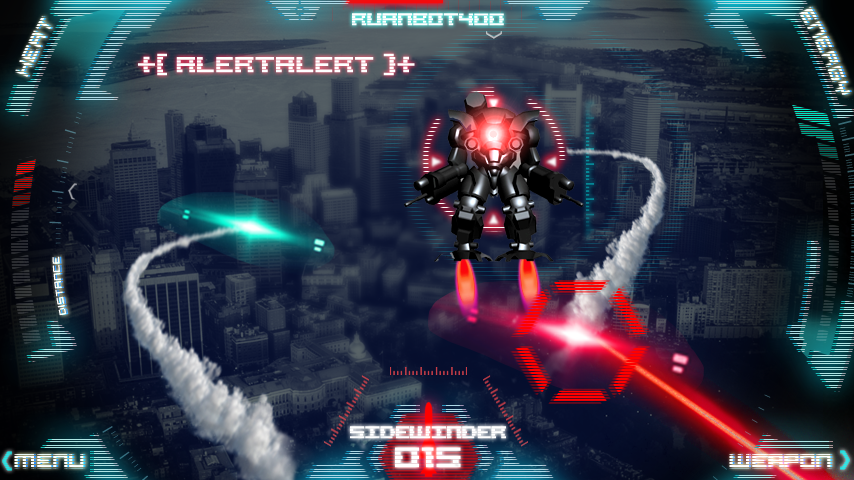 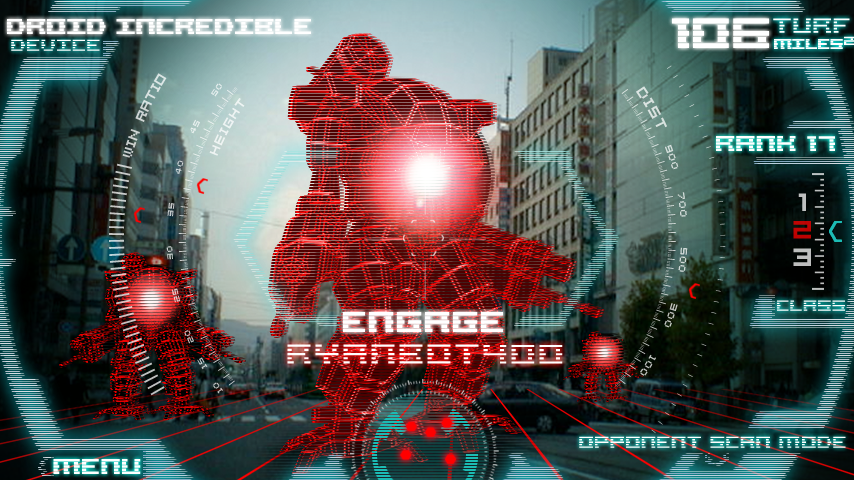 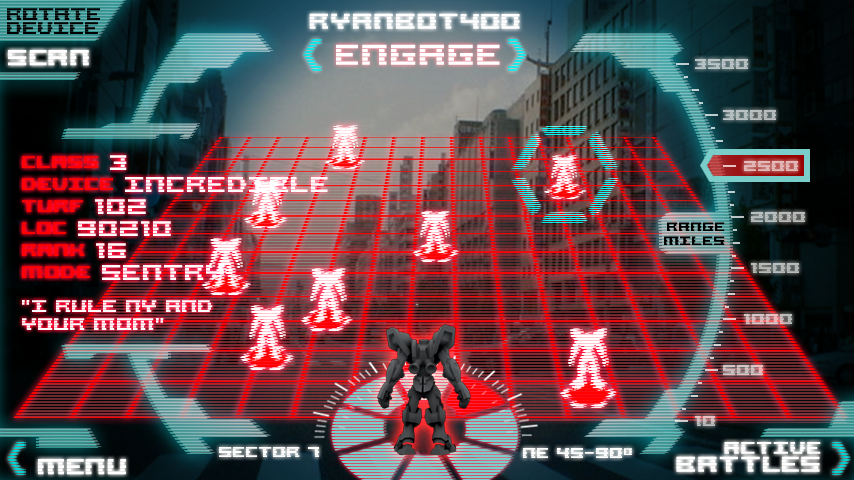 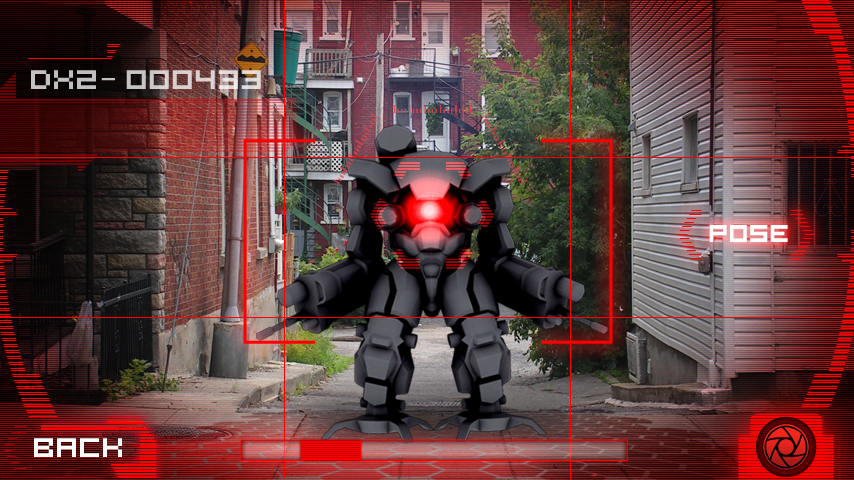 To celebrate the launch of Droid Combat, replicas of our mech warriors were printed and displayed throughout various Verizon Wireless stores. The launch video was also shown in select stores that featured large video screens. 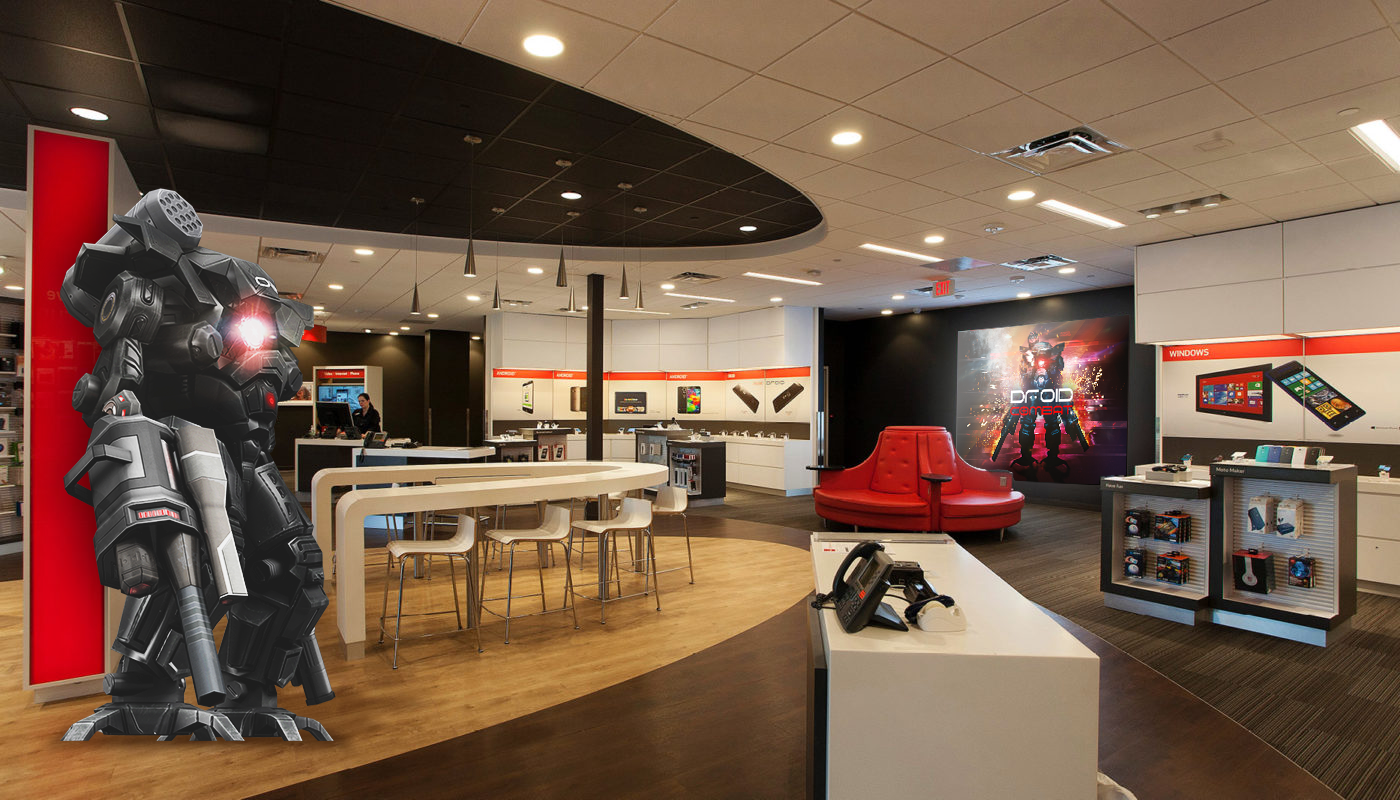 Datasheets were also created to promote Droid Combat and introduce gamers to the different types of mech warriors. 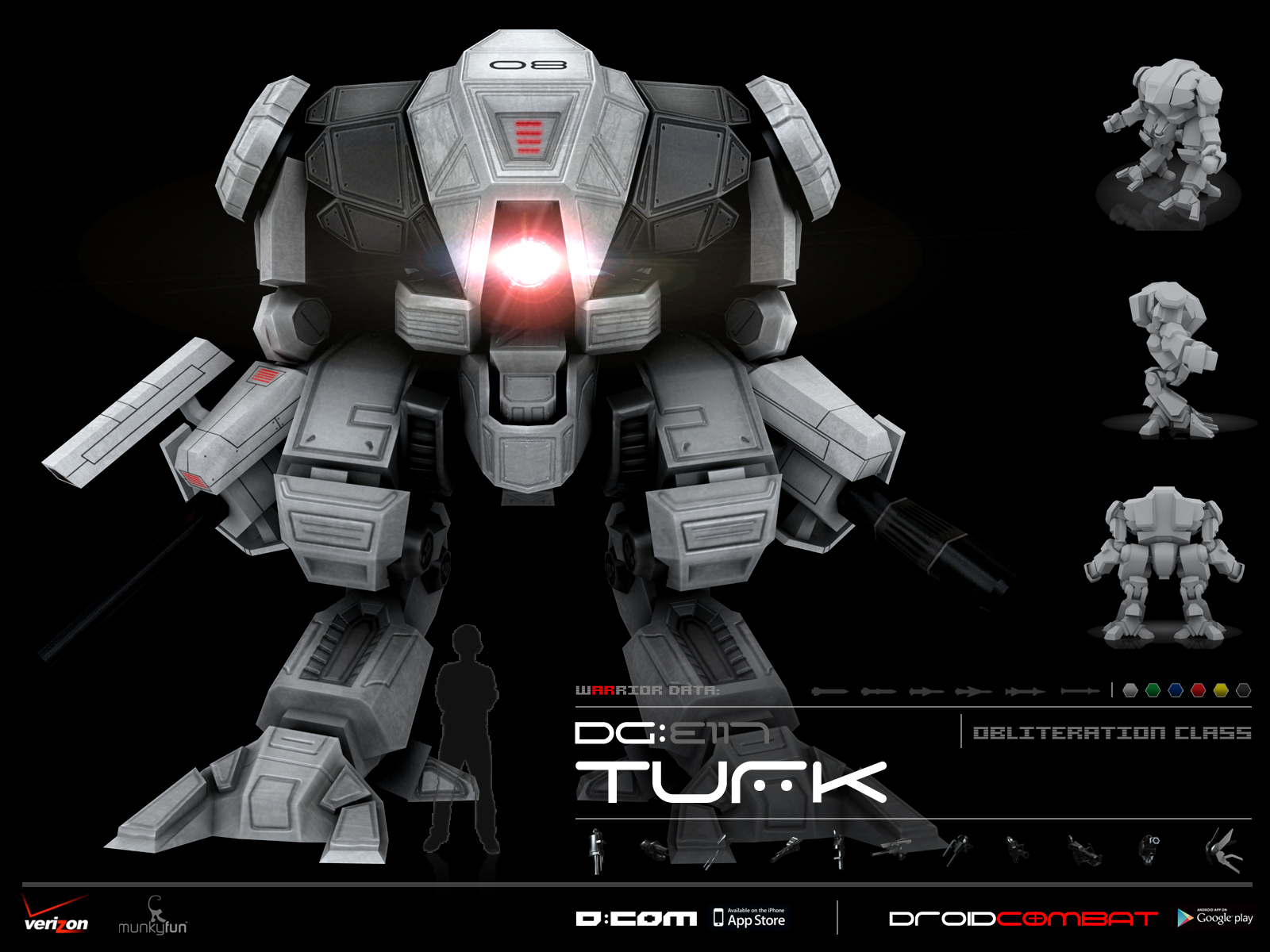 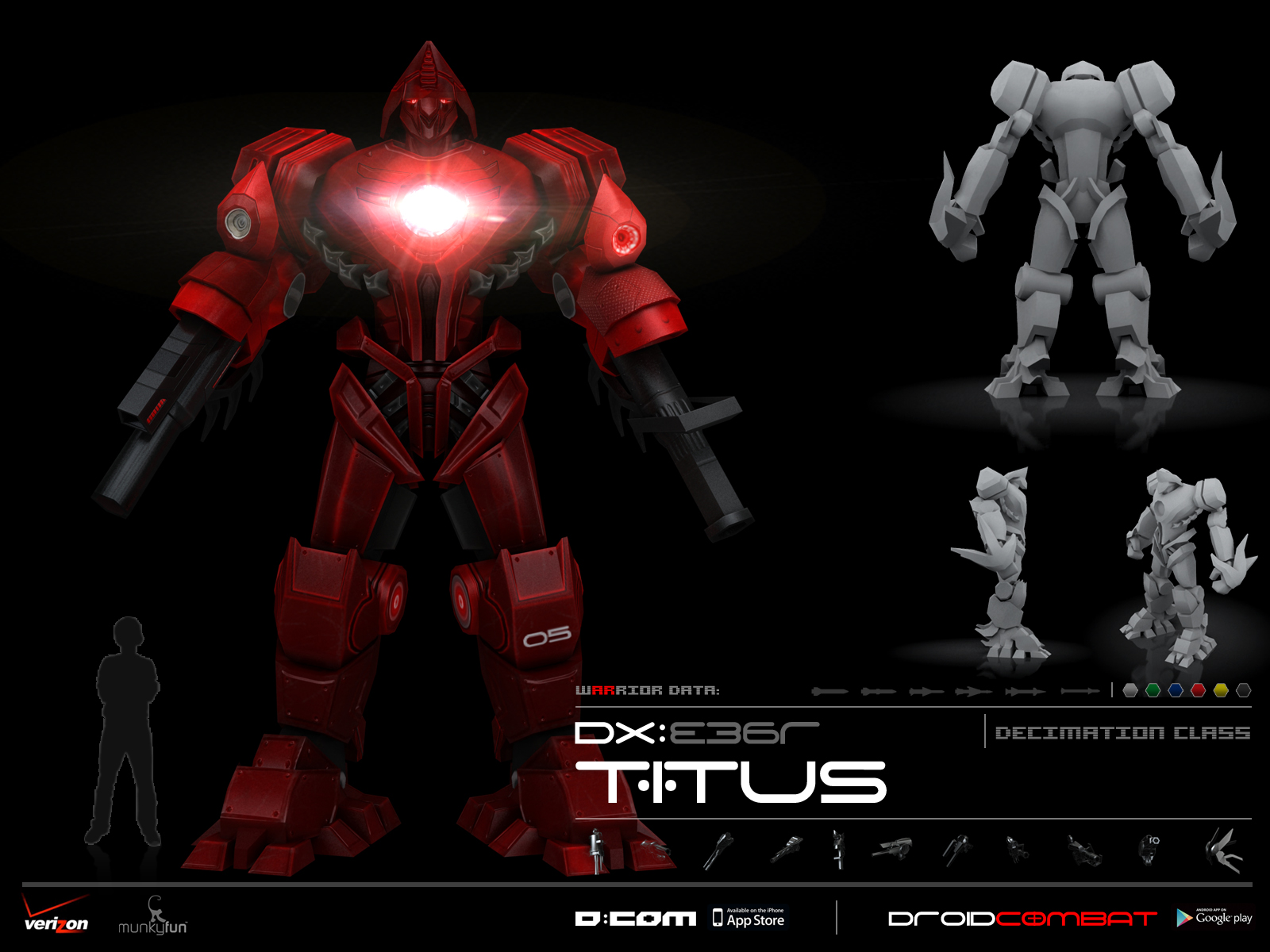 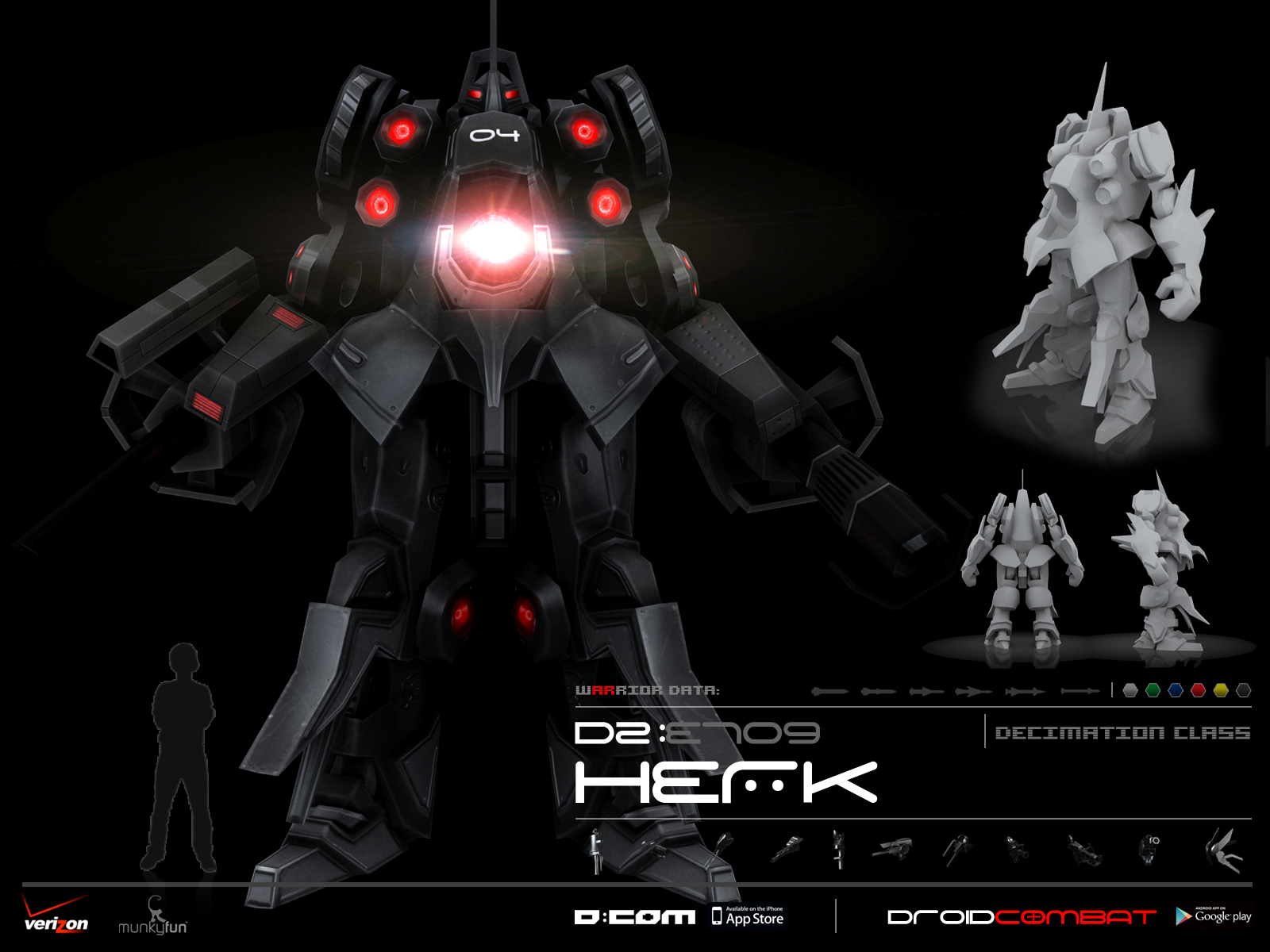 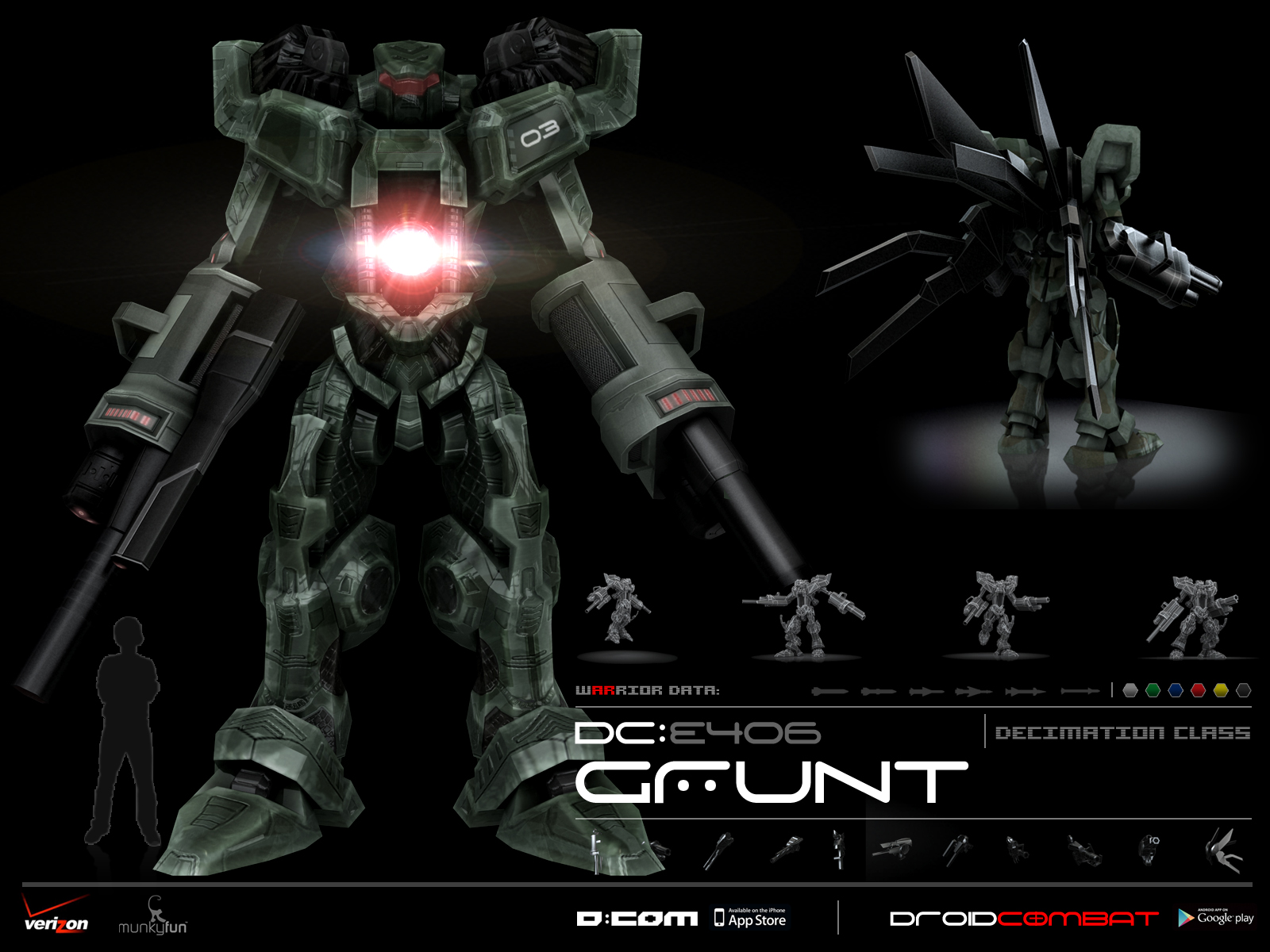 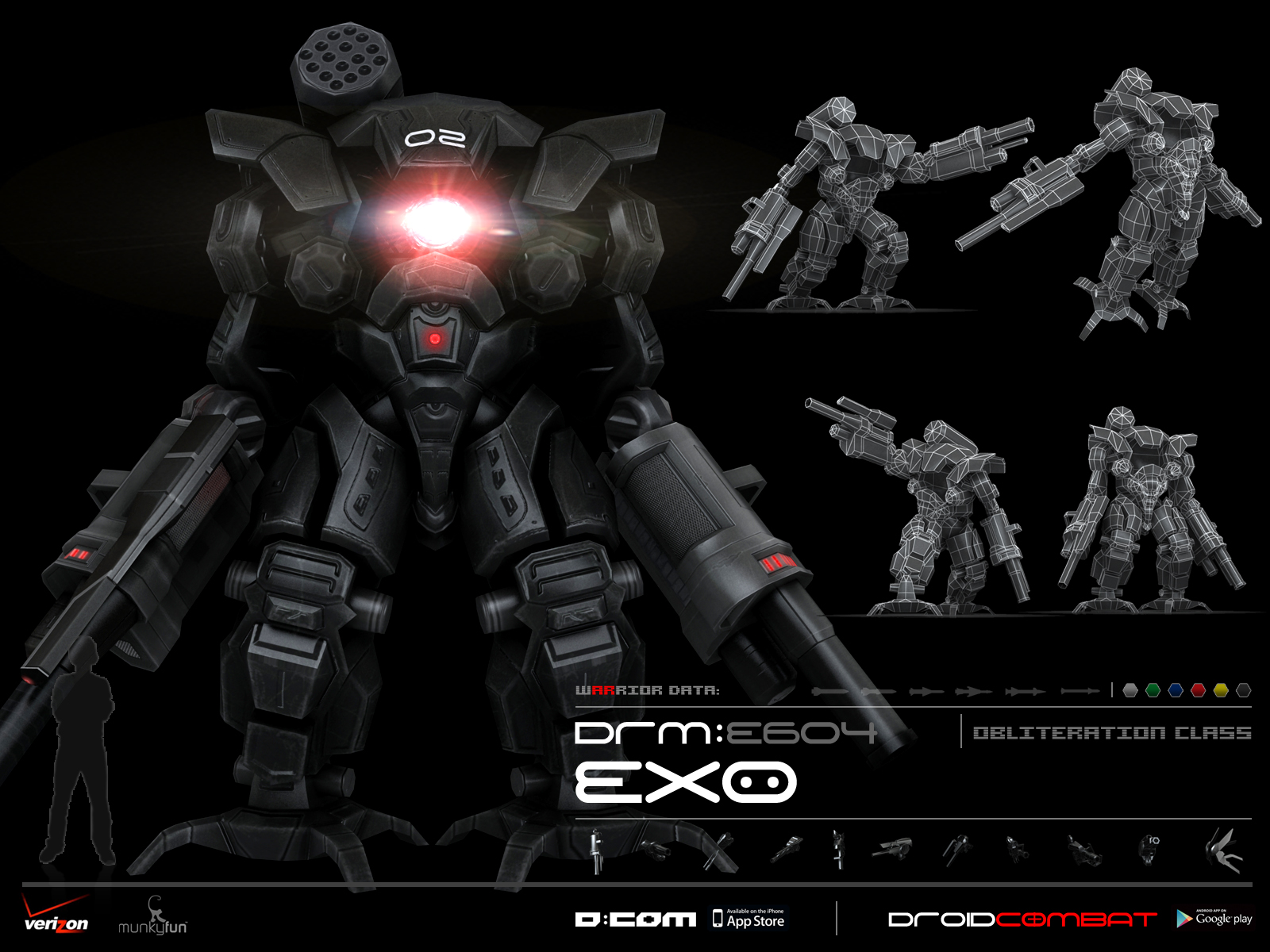 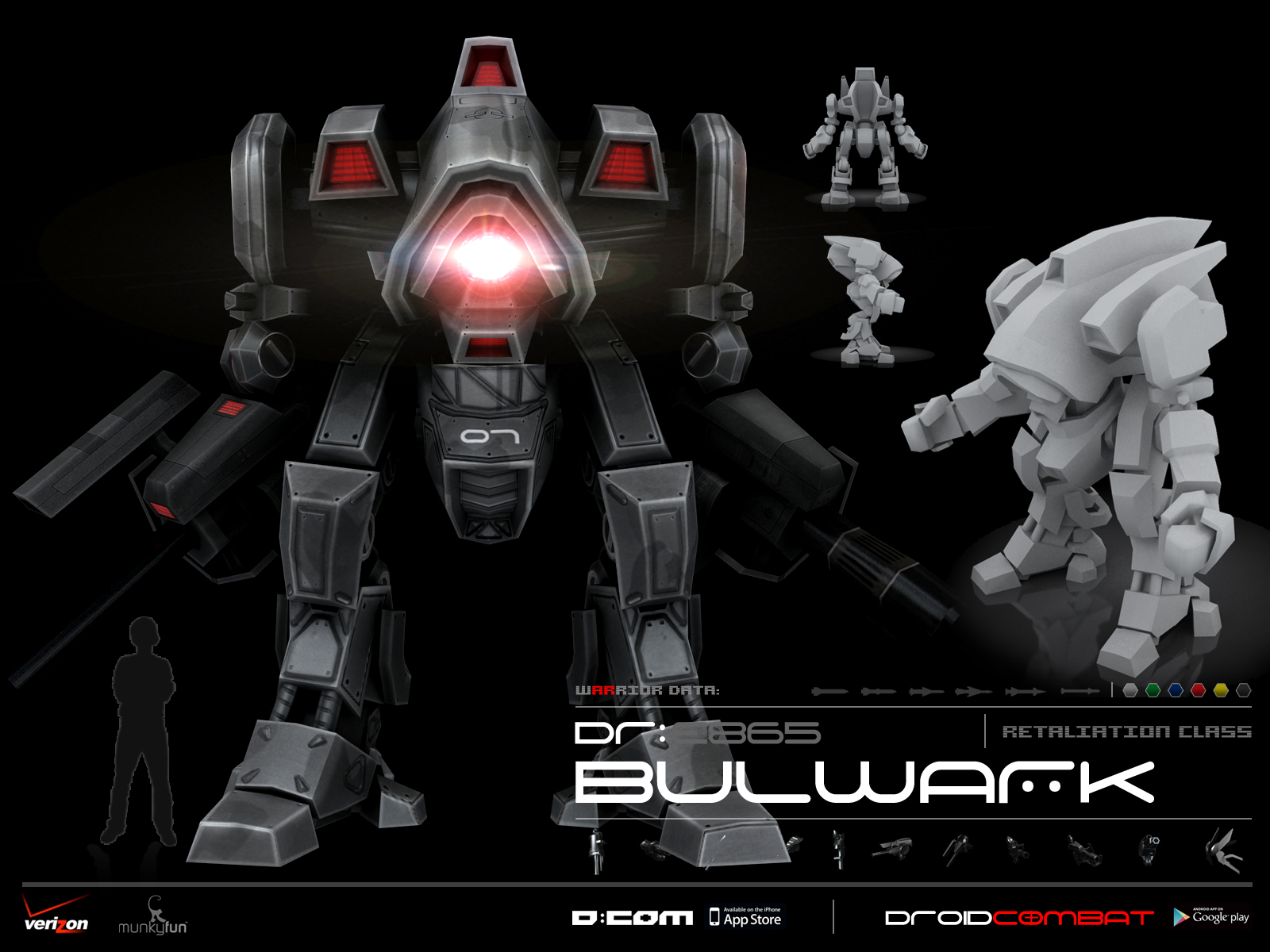